The reason I was doing it was because I was trying to understand the geometry that’s implied by Steve’s theorem. Steve’s theorem is completely abstract and does not mention too much geometry in it. At least you can’t see the geometry. These models are an attempt to see what’s going on.

Sporting a crimson turtleneck, shoulder-length hair, and verdant beard, mathematician Charles Pugh gesticulates as he explains to physicist Judith Bergman what inspired him to spend hours of his free time constructing 1.6-foot chicken-wire models of a solution to a topological problem known as the sphere eversion: turning a sphere inside out.3 Both Pugh’s sartorial choices and the 16 mm film’s desaturated colors and tinny tones mark it as a product of the mid-1970s. Topological models hang from the ceiling behind Pugh, suspended from the walls of the newly opened Evans Hall, home to the department of mathematics at the University of California, Berkeley. Running the length of the wall, a succession of green, blue, and brown squares mounted behind the models ensures that the sculpted forms are clearly visible and do not recede into the wall behind them. Sitting on a computer chair to Pugh’s right, Stephen Smale (who proved the theorem in 1957) interjects into the conversation. The camera moves to the left as Smale smiles and adds,

I take exception to you saying that my theory is completely abstract.

The two men laugh, as Pugh partially concedes, “yes, in principle, you can make geometric models from your theory. However,” he is quick to add, “no one was able to.”5 The friendly squabble is quickly left behind, as Pugh moves on to explain how he built his models. 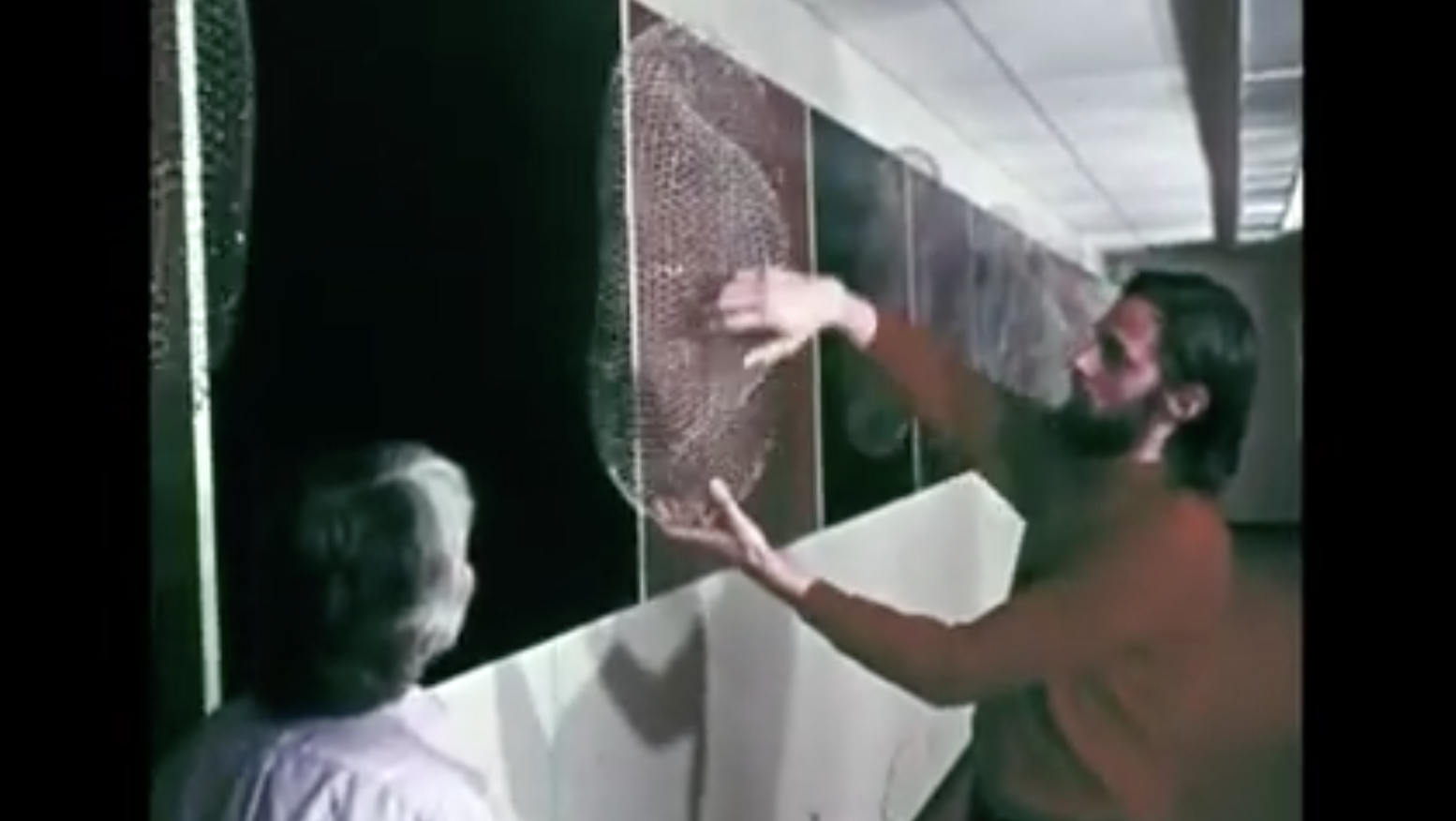 In Smale and Pugh’s brief interaction, I detect two modes of mathematical engagement, which can broadly be described as an abstract and generalized approach on the one hand and a concrete and perceptual one on the other. One of the clearest examples of how mathematicians in the second half of the twentieth century have actively sought to merge the two and move beyond mere symbolic reasoning is the history of the sphere eversion, which has challenged mathematicians’ apprehension and perception for the past five decades. By following this story, I examine how these mathematicians traffic between the theoretical and the tangible, an idea and its instantiation, the abstract and the concrete. 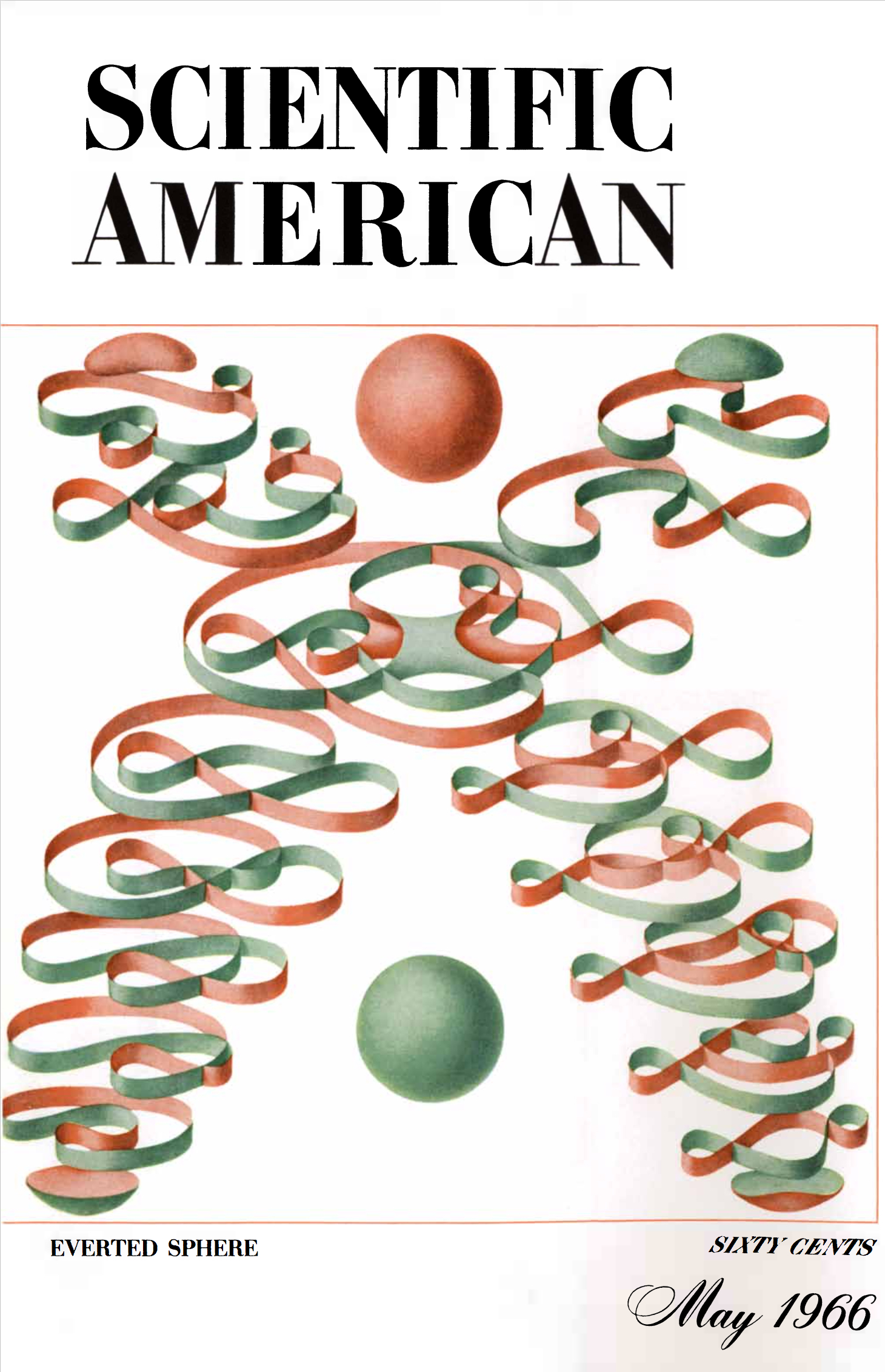 The models Pugh displayed at Berkeley were neither the first nor the last solution mathematicians have devised to the sphere eversion problem. Like a classic novel adapted over and over again for screen and stage, during the past half-century mathematicians have constructed several solutions to the problem and have done so in multiple media. They have drawn the eversion on paper and modeled it in clay, chicken wire, plaster, fiberglass, and even ice. And they have programmed the eversion time and time again on computer screens. 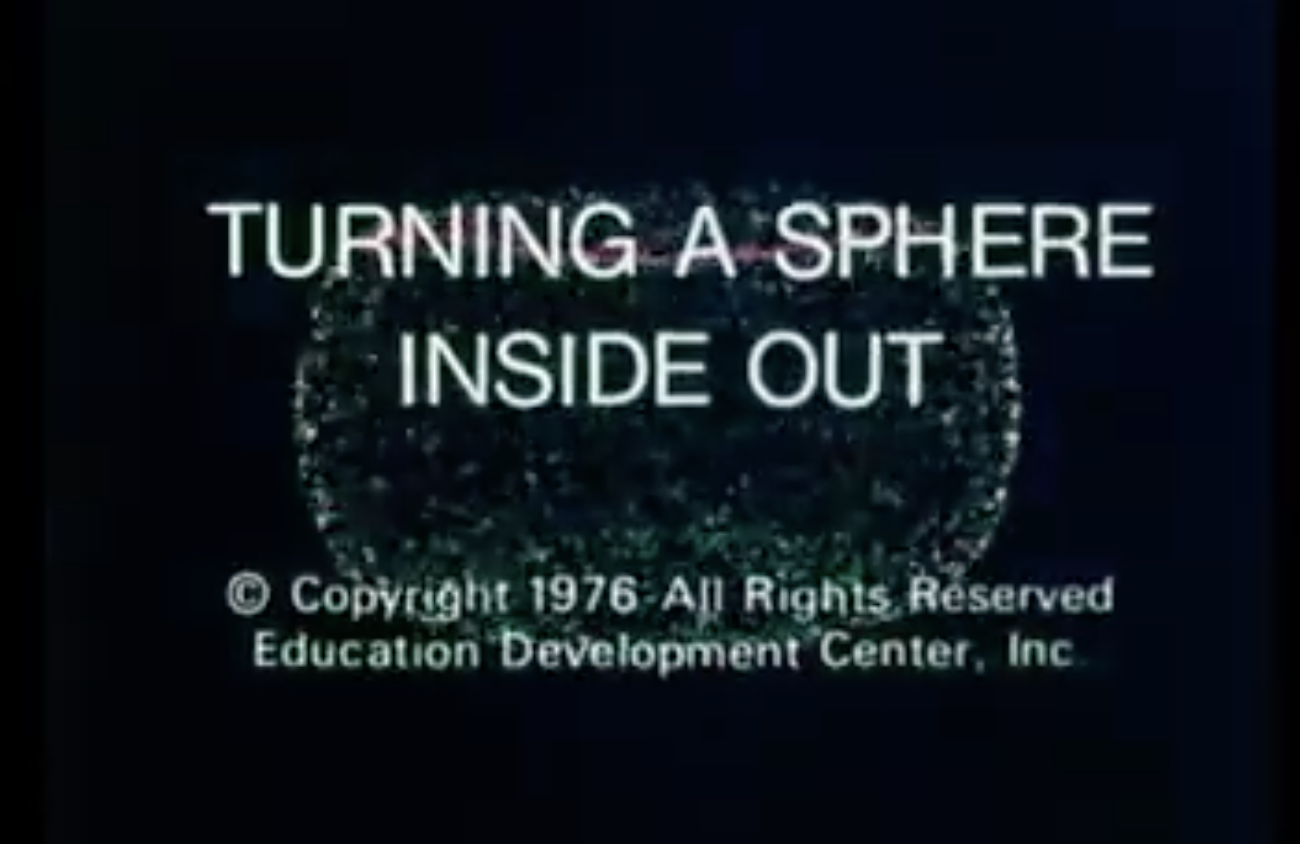