In 1890, Italian mathematician Giuseppe Peano described a particular curve which would fill completely the area of a square without touching it. This "space-filling curve" (since called a Peano Curve) is a mathematical absurdity. It’s a one-dimensional entity passing as a two-dimensional figure. I'd guess it is exactly this paradox that drew artist and designer Bruno Munari to the form starting in the late 1960s. Here is a set of drawings by Munari attempting to understand the form: 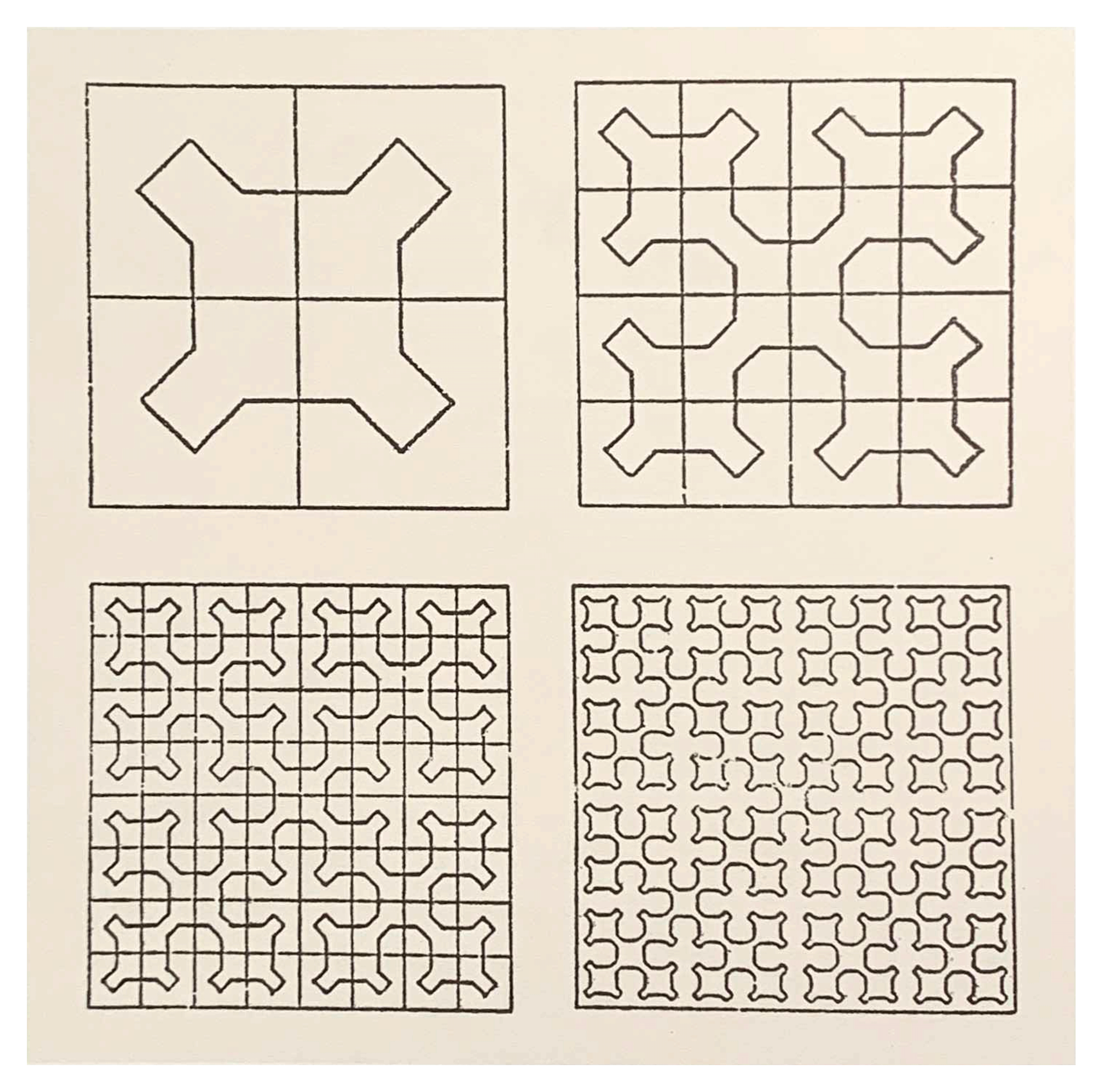 Munari called these specific algebraic-geometric constructions "pathological curves" and he began to explore them in his work. In December 1969 Munari made a print for La Rinascente department store in Milan called Arbitrary Variations on the Peano Curve. I expect “Arbitrary” is the key word here. Soon he started making paintings and prints based on Peano curves where he indulged his instinct to oppose the “scientific nature” of the mathematical forms with an irrational component:

My proposal, absolutely superfluous to mathematical speculation, but curious from an aesthetic point of view, is to place certain colors in the areas delimited by the line

I wanted to try to insert in this very rigorous, mathematical structure an emotional fact based instead on the sensitivity of color. I asked myself: what happens if I insert a fact of chromatic sensitivity into a strictly logical problem? The truth that color finds its own structure even if it has an emotional origin because Peano can explain its structure with logic while I cannot explain in words what sensitivity is. So it is a relationship between sensitivity, intuition and logic.

He made a set of prints for Danese Milano based on the images. These are his color studies which give some slight insight to the process. 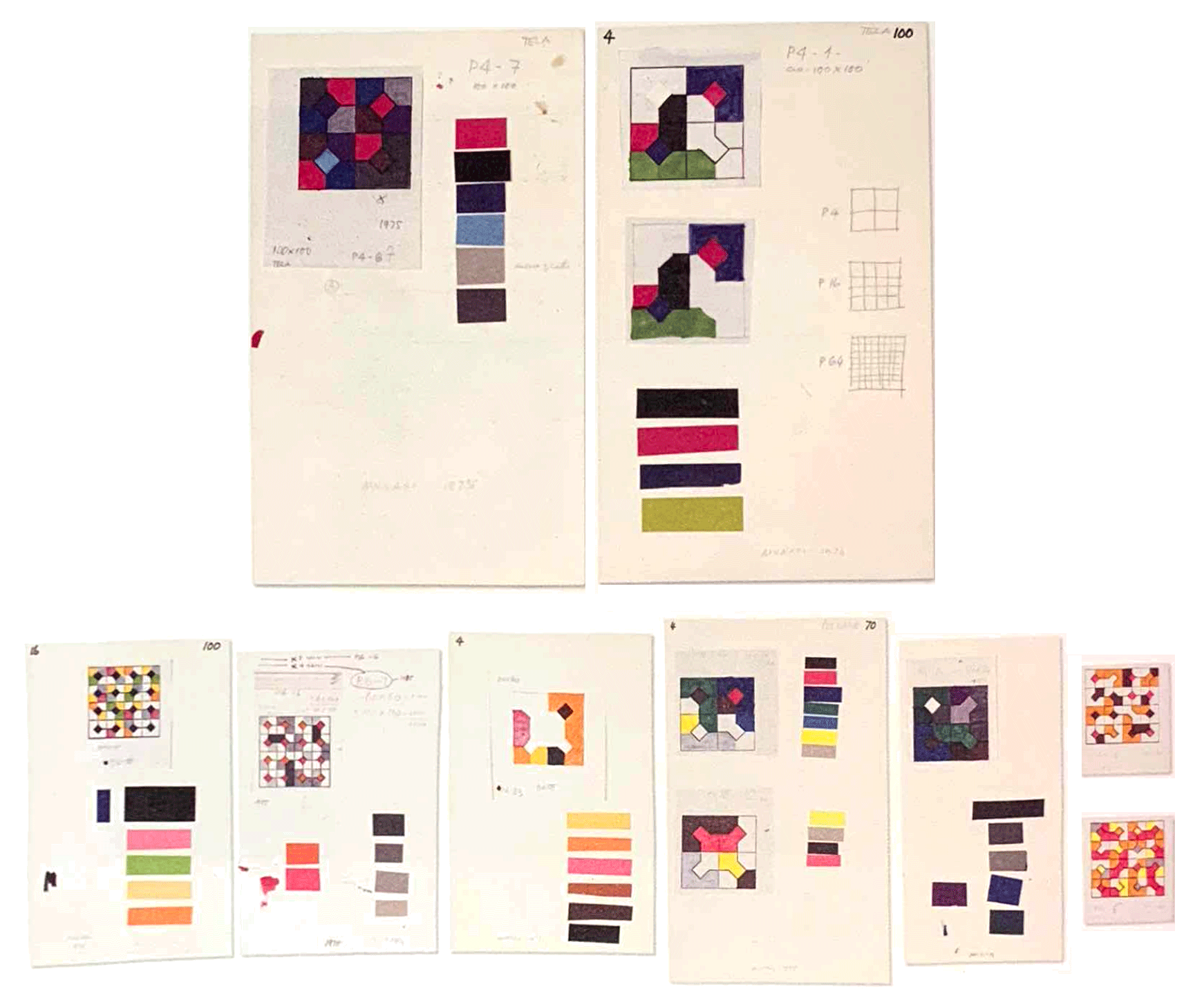 And here is a finished picture. I love these so much. 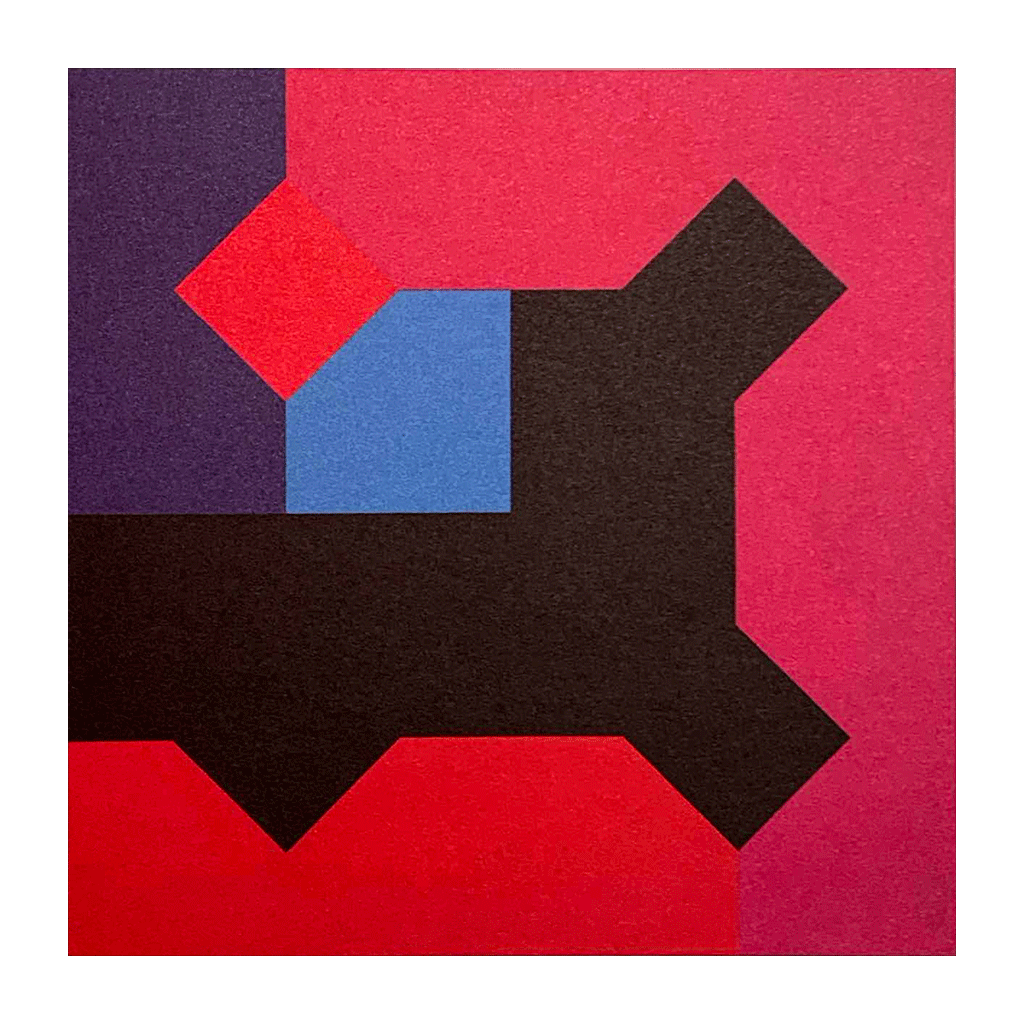 In the catalog from a 2017 exhibition of Munari’s work, Giuseppe Virelli writes:

... like many other of his works, the Munari curves can also be considered "open works," as they require the active participation of the viewer, that is, they open up to a relational dimension. And Munari himself, moreover, clarifies the terms of this participatory vision, specifying that the user must first interact with the work and, above all, “complete it” with his own imagination:

“Faced with this proposal, the observer is forced to imagine what the color of the square surface could be when the curve, shrinking and multiplying, has filled it almost entirely. You don't need to think about it all the time, just once in a while.”

Other artists have picked up the curve since. One is Tauba Auerbach, an artist, designer, publisher and Im-not-sure-what-else based in New York. In 2020, they designed and released these pins based on Peano: 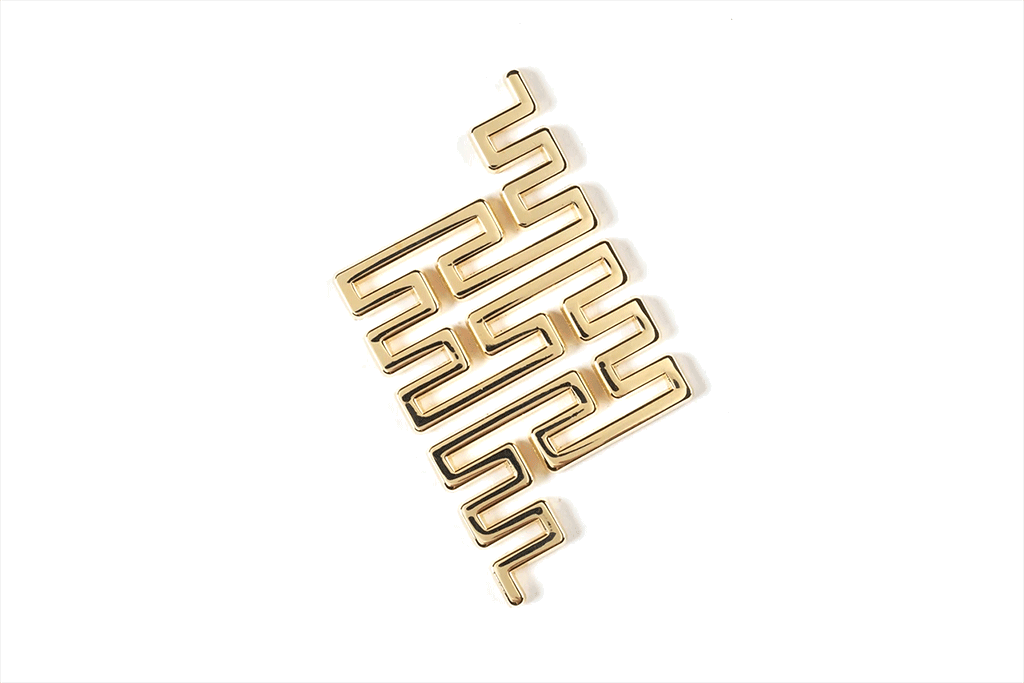 We are lucky to have Tauba joining us in class today. So I will stop for now.
Continues in class ...
April 12, 2021
The curve problem